Yanmar appointed O'Regan Plant Sales agent and distributor for yanmar construction and agri machinery in south of Ireland in 2017. Established in 1998 O'Regan Plant Sales built its business on quality of service, customer care and on time deliveries.

In Recent years we have located ourselves to Watergrasshill and serve the entire country with our growing team.  We are located just off the motorway in the Watergrasshill Business Park about 10 miles up the Dublin Road from Cork City. Con and Kristene have dedicated themselves completely to the business and the customer, by ensuring that everything that the customer wants runs smoothly. Recently we were appointed the main Irish dealership for the world renowned Yanmar brand.

We specialise in new Yanmar farm machinery but also have a range of used machines to suit your specific job and budget to buy or hire.

We stock a large range of Yanmar wheel loaders, excavators, midi-excavators, wheel excavators, carriers, dumpers, mini-diggers. We have built this business offering great advice to our customers whether they purchase or not. So please don’t hesitate in giving us a call with any questions you might have. 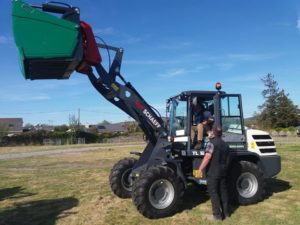 (See us on Agriland)

The business (based in Watergrasshill, Co. Cork) now holds the agency for much of Yanmar’s construction and agricultural machinery – for the whole of the Republic of Ireland.

Sales manager Stephen O’Regan explained: “We were previously a Terex-Schaeff dealer, but Yanmar bought that product line out last year.

“We brought the Yanmar machines to the National Ploughing Championships [September 2018] and we got an excellent response.

Our focus now is to show what these compact loaders are really capable of. We’ve already sold nine to farmers during 2018 [including some white-liveried Terex-Schaeff models]. They’re happy with the machines’ output and capability.

He went on to say that these loading shovels go from around 50hp to 100hp, with lift capacities of between 3t and 4.5t. 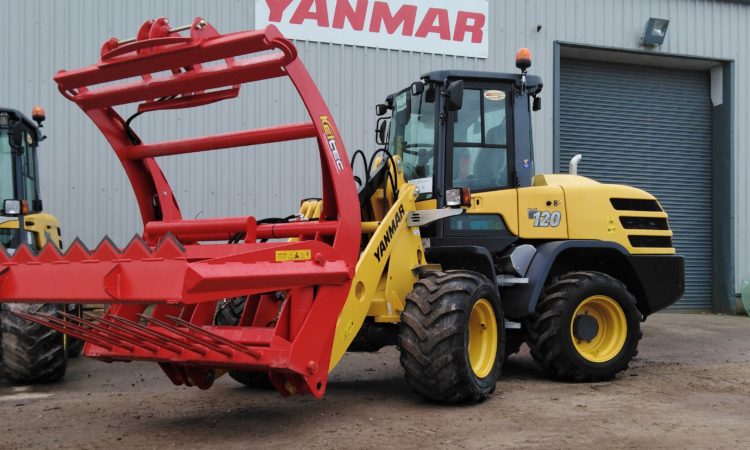 “There are package deals too, including shear-grabs, bale handlers and other attachments.

“Prices range from €42,000 up to €74,000 (excluding VAT) for the loaders we’re offering here in Ireland. That’s very affordable for German-built machines with two-year warranties.” 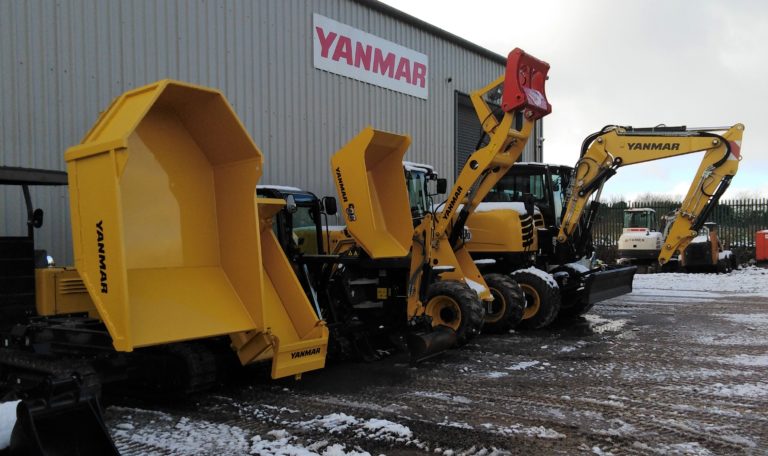 Yanmar Ireland will shortly be embarking on a series of demonstrations, in which one of the machines will be paired with a Tanco (loader-mounted) bale wrapper.

According to Stephen, this approach will have appeal for agricultural contractors.

Elsewhere in the world, Yanmar is busy selling tractors. Recently, it unveiled ‘autonomous’ machines – or so-called ‘Robot Tractors’ to use Yanmar’s own lingo. 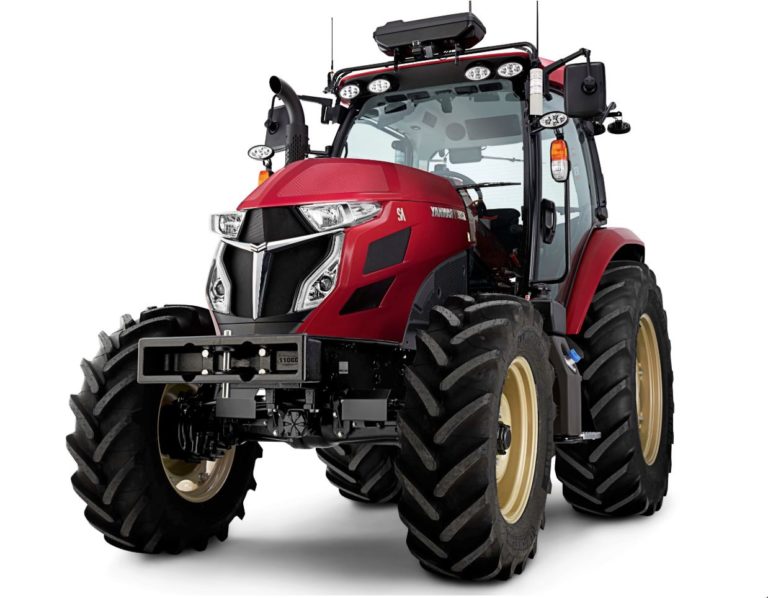 It is also introducing a line-up of so-called ‘Auto Tractors’ – manned machines designed to operate with “minimal human operation”.

Operation and settings are controlled via a 10in tablet. This approach, says the company, allows one person to operate two tractors – as the tablet in the manned tractor can be used to operate an unmanned tractor side-by-side.

Because the positioning system is based on RTK signals – using two from global navigation satellites (GNSS) and a base station, it can supposedly provide information with “pinpoint accuracy”.